BEST CUSTOMER SERVICE WITH OUR TEAM

Innovative strength and the experience of 9 years of
customer service as well as flexibility and excellent
service quality form the basis for our success as one of
the leading providers of customer service outsourcing.
As Best & Team, we operate centers in Sarajevo with
around 150 qualified customer advisors and train with
our Services the interface between companies and their
private and business customers.

Our clients are leading corporations from sectors such
as energy supply, mail order, telecommunications and
trade.

We support our clients with first-class service. We align
our processes and our work consistently to the
achievement of the goals of our clients and thus
contribute to their overall goal achievement. As a
specialist in customer communication, we
always keep our promises

“Our corporate culture: working together at eye level”

Our employees should feel comfortable in our company,
have fun at work and perform well. We know that the
environment has to be right for this.
We have therefore formulated our values ​​and manners
as a basis within the framework of the principles of
cooperation and the principles of leadership.

WHAT MAKES OUR CALL CENTER SPECIAL?

The company Best & Team was founded in April 2009 in
Sarajevo. The idea was to test whether a small center
can be opened in Sarajevo that can accept the call
overflow as support for large centers in Austria. After 6
months it has been shown that you can make a lot more
out of a small overflow call center with 30 employees.
After 6 months we had trained 60 employees and after
20 months 200 employees. Then we realized that you
can build a respectable center in Sarajevo that stands
for professionalism, further education and progress and
not just as a temporary center.

Due to the rapid growth, we have become the largest center in the region after a very short time. The focus market was no
longer just Austria, but it has expanded to the entire
German-speaking area (Germany, Austria, Switzerland).
At the moment our largest customers are companies in
the mail order business and technical support in the
inbound area and in the outbound electricity and gas.
Our motto is Made in Germany, our partners shouldn’t

notice any difference compared to the shower locations,
it’s not the quantity, but the quality that sets us apart. 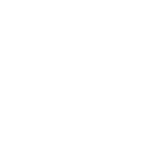 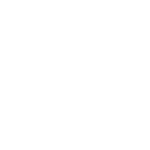 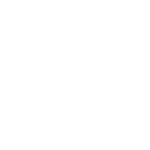 We and our partners use cookies to provide our services and to show you advertisements based on your interests. You can find information on cookies and how to deactivate them in our cookie policy. By using our website, you consent to the use of cookies.Ok